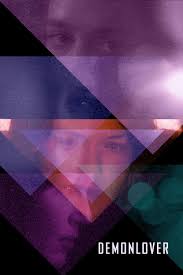 OTHER NOTE: This article was originally written in 2003 shortly after the initial U.S. theatrical release of Demonlover (by the sadly defunct Palm Pictures) and published in the sorely-missed Film Journal. I have preserved the original formatting of the piece and am happy to discuss the film with anyone, especially following its recent restoration and release via Janus Films.

“I’m not in charge of anything.” –Diane de Monx

Idealized human family relationships, at least in the time of the modern global economy, are a façade. The business world’s model is not the proto-nuclear family, but rather that timeless combination of family structure and capitalist motivation: the mafia (1). Underlings enter a closed system, work their way up the ladder by seizing opportunity (and making their own, whether by action or omission of action), and if they manage to stay alive and useful for long enough, they are rewarded with largesse, respect, and the status of an elder. It’s just like any established and powerful industry, but the similarities to filmmaking and its star system are particularly fascinating, especially considering some of the thematic ties I feel Olivier Assayas’ Demonlover shares with David Lynch’s Mulholland Drive (2). If the industry is done with you, where do you go?

There is an unsettling relevance for the casual American viewer of the film. Given the disassociative relationship that many Americans feel with regards to their government (especially over the past two years) and the shifting political environments which time and again cede power to corporate expansion (Halliburton, etc.), what serves as an experimental meditation for some becomes all-too real and ominous for even the most insular of Americans. There is something about Diane de Monx’s relationship to her job that speaks to any single person; with neither spouse or children, the world sees you as an expendable source of more tax dollars. “No pain, no gain,” we are told, the risk encouraged, the loss devalued.

But it is not only pornography that gives us a key into the world of Demonlover; the influence of video games cannot be understated. This seems most readily apparent after Diane’s Tomb Raider-ish infiltration of the hotel room of and catfight to the death with level boss Elaine (5). She kills Elaine, yet is herself taken out, only to awake on that same level with all traces of the battle gone. It is very fortunate for Diane that she had an extra life or two remaining at this point, a feeling which recurs throughout the film as it careens between its spheres of action. This also opens up the disturbing relationship that female icons are subject to in the vast spaces of the internet: Lara Croft, Emma Peel, Wonder Woman, and Storm from The X-Men are all icons of female power degraded at Hell Fire Club for the fantasies and delectations of countless faceless viewers (6).

Assayas’ technical skill (along with his dynamic cinematographer Denis Lenoir) is undeniable, never delivering an unengrossing frame, fascinated with patterns of movement and concentric action. Before Elise’s dramatic delivery of Karen’s message to Diane, there is a stunning moment of the multicolored lights of the Paris streets, diffused through a misty windshield, and it is breathtaking (7). The surfaces which so readily proliferate in the world of the film often create refining subdivisions of the image, accentuating the delicious claustrophobia of the cinemascope frame in the enclosed offices, suites, studios, cars, and torture chambers of the film.

Having read Mark Peranson’s interview with Assayas in the Spring 2003 issue of CinemaScope, I am grateful, as it gave me the tools with which to get to the heart of what happens with the story. As an example of the fragmented nature of modern life, it is spot-on, illustrating the way that much of modern thought moves in expansive leaps rather than in linear progression (much like the difference between analog and digital sound), and it is certainly one of the first films to comment on the way that DVD has changed the relationship between film and audience, as anyone with a remote can now unmake aspects of films, dive deeper into them, reshape its context, or just leave it sitting on the shelf in its appropriately fetishized box like the lovely ladies currently featured on Hell Fire Club. Accordingly with Assayas’ expressed wishes, Demonlover is eerily relevant to how life is right now. It haunts, thrills, and acquires you; a shiny baubled collection of snapshots from right now, and, miracle of miracles, a film that digs into the soft flesh of the brain and stays there in the hippocampus, where nightmares live and fever dreams flourish.

(1) A theory I’ve been bandying about- that the success of The Sopranos is due modern corporate labor seeing the structure of the Mafia as being more fair than most management.

(3) There is another disturbing interpretation to the entire film- that the tightly-woven and inconsistent stories of Diane de Monx/Sylvie Braghier are in fact the backstory designed from moment to moment by the nameless teenage boy at the film’s conclusion. Any time characters within the film Demonlover look at a screen of any kind, the imagery is always something that seems oddly off. Case in point; during the opening sequence onboard the Volf jet, all the monitors onboard are displaying a violent and fiery sequence from a film, yet when the scene moves beyond Diane’s conversation with Volf to an early morning breakfast (as Hervé and Karen have now awakened), the same sequence is playing on the monitors, indicating either a compression of time or a more-peculiar-than-expected fascination with violence on behalf of French financiers. Accordingly, is the importation of erotic manga that big of a deal for the world of international finance? It is in the mind of a horny teenager… The clincher for this interpretation for me involves the refrigerator. After Diane’s chemical disempowerment, she is brought home and put to bed by Elise, who then grabs a drink from the refrigerator. It is the same refrigerator as we later see in the home at the end of the film

(4) As in Videodrome, exposure to images of torture lead to creativity, which is something that critics who call the film an anti-pornography diatribe seem to miss. While the violent images are not the catalyzing agent in Videodrome, rather the underlying video signal, the end result is the same: narratively discordant stories of vast conspiracy and violent sublimation of subconscious desire. Watching the live-action torture fanfic scenes broadcast at Hell Fire Club does not physically transform its nameless viewer, but it fuels almost a hundred and ten minutes of intrigue, espionage, and intricate backstory. Molecular biology can easily and perversely be one of the next steps toward the new flesh.

(5) Even though Elaine Si Gibril is meant to represent American opportunism at its worst (the shoes, the pot, the blasé attitude towards sexmangas and torture and the like), in Gina Gershon’s capable hands she becomes an absolute delight. Elaine and Elise’s business meeting/shoe-shopping expedition with Rodney is a snarky highlight.

(6) The focus on Lara Croft (beyond the Hell Fire Club sequences) I think ties into the reticence that most young male gamers have to playing a game which has a female protagonist. Rather than exploring this, a subconscious need to dominate the character arises. This is mirrored by Elise’s scene playing PlayStation naked in her hotel room. This is an image that seems both joyously sexual (as Sevigny’s glee is apparent) yet also engineered for the delectation of (here it comes again) the unseen viewer. We are not necessarily teenagers gawking over the film’s images, but we are implicated. And let’s just, for a moment, imagine Olivier Assayas’ Tomb Raider 2…

(7) Comparable to Punch-Drunk Love’s hallucinogenic scopitones and that DV-impressionist field of flowers in 28 Days Later.

A tribute to Whoopi Goldberg in Jumpin' Jack Flash

So I got to do another piece for The AV Club, this time about Whoopi Goldberg's performance in 1986's Jumpin' Jack Flash. I feel like I've got a whole book twirling around inside my head on her L80s (that's the portmanteau for "late 80s" I'm trying to make happen) trilogy of JJF, Burglar, and The Telephone. Anyway, I hope you like this.
Posted by INTERFACE 2037 at 19:51 No comments: