A few more words about our recently departed.

Some more words about our recently departed.

A few words about our recently departed.

At the movies: Transformers: Revenge of the Fallen. 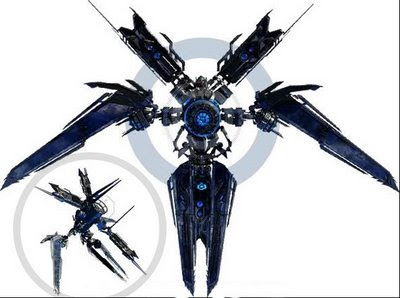 A shameful, incoherent blurt that seems to think potty humor and graphic violence go hand in hand with children's toys, Transformers: Revenge of the Fallen gives us eighties nostalgia gussied up to disguise an all too familiar agenda for that time and space: we get giant robots in order to spur military spending and nostalgia for the expansion of the military complex. Reagan’s Star Wars fantasies are the honest precursor to this monstrosity; SciFi stripped of ideas, war as ‘entertainment,’ and militarized playthings to keep the gears turning.

This is certainly the first film to explicitly look back with fondness on the George W. Bush years, in the process name-calling President Obama for how he would respond to a giant robot attack and portraying anyone who isn’t 100% in support of unqualified military might as squirrelly and bad for the planet. As has been the case since Bay’s first features, jingoism and antiquated masculine codes of behavior are in plentiful supply.

Analysts (the people who evaluate a film’s worthiness by how much money it makes) expect this to be the summer's biggest movie in terms of box office, and it's certainly the biggest in terms of explosions, dollars spent per second of film, and horrifyingly racist caricatures. We actually have a pair of cars who shuck and jive all over the screen, eagerly proclaiming their ignorance (unable to read and equipped with gold teeth- these are cybernetic aliens who were apparently designed according to the end credits of Bamboozled) and willingness to battle some ‘punkass Decepticons.’ It's Amos and Android, and it's emblematic of the horrifying disconnect between this film and all that is decent.

Two decades past their initial media domination, Hasbro's enduring toy line again rears its head under the creative aegis of Michael Bay, who never met anything he couldn't blow up.

So what happens in this film that requires over two and a half hours to depict? Our hero Sam Witwicky (Shia LaBoeuf, whom I still can’t hate despite coming back for another helping of this excrescence) heads off to college, forcibly gets made out with by a robot, gets his mind overloaded by alien secrets, becomes a pawn in an intergalactic robotic civil war, then has to save 1) the planet, 2) the sun, 3) his parents, 4) his relationship with the lovely Mikaela (Megan Fox, who has nothing to do here but jiggle and occasionally blowtorch out an optic sensor or two), and 5) the majority of the U.S. and Jordanian military/ How, you might ask? By talking to robot gods on the border between this world and the next. In the clouds, no less…

If that wasn’t enough, it also appears that the Decepticons have mastered hot chick technology, unleashing a naughty robot with the outward form of a sexually liberated sorority girl (played by Isabel Lucas) and the inner form of a cuisinart. The audience know she’s up to no good because she violates the rule established by the first film that the only female appearing in the movie without breast implants is Julie White (who'll always be Nadine from Grace Under Fire in my heart), who plays Sam’s mother. So it’s not a surprise that she busts out a prehensile tongue-chain-rotor and starts trying to destroy a library. This development in technology is summarily never spoken of again.

It's kind of staggering to think that Orci and Kurtzman (who also wrote the equally reprehensible first Transformers flick) also wrote the most recent Star Trek film, which at least gave the impression that it featured actual people. There have to have either been some major rewrites on this film or on Trek, because it is simply impossible that the same minds could have produced such wildly divergent scripts.

Deadening would be the best word for this expulsion. Eye-deadening, ear-deading, soul-deadening.

The only life in the film comes from the altogether amazing interviews the two leads have been giving as of late in order to promote it. LaBoeuf’s affable but crippling insecurity and overwhelming need to be liked and remembered, Fox’s cutting-to-the-chase deconstruction of what modern day hotness means as both opportunity and liability; this is absolute gold. They’re so left adrift by the utter banality of this Transformers film that they’re letting us into some place surprisingly intimate. I respect them, though I wish they could have had something to do besides pose in front of the endless explosions and effects.

But as I’ve always said, there were twenty amazing seconds in the first film, and this one manages to increase that number, up to about two minutes. Just a collection of little moments that indicated that someone amongst the army of computer effects programmers had a little bit of artistry in what they were doing. Here, it all deals with Soundwave, who in the 80s was a boom box, and who now is a satellite, orbiting in space, never involved in any of the interminable battles but still a major player, launching his animalized minions to wreak havoc on earth.

The design of the Soundwave satellite is impressive because of its alien geometry and because it was crafted by aesthetics not subservient to military excess (like 90% of everything else in this film). But just as exciting in terms of its distinctiveness (again, not something you get a whole lot of) is one of those minions, a razor-sharp operative organized out of thousands of nanotype ball bearings that, when fully assembled, is molecule thin, disappearing when it turns at certain angles. It’s but a drop in the film’s runtime, and yet, for a moment, there was that glimpse of what the slightest amount of artistry can yield when hundreds of millions of dollars in processing power get dumped on it.

But just like the first film felt the need to display its abhorrent ideology by moving a pitched battle sequence from a secure desert location to a highly-populated urban center (terrorist logic if ever I’ve seen it), so this film feels the need to express its base nature by destroying places of learning (library, dorms, part of an administration building at a college). And then, as if that wasn’t enough, Bay and his digital conspirators decide to have a forty-odd minute firefight in Egypt, destroying a pyramid or two and raining explosions and firestorms down on the birthplace of knowledge and civilization.

What does human life mean to you, Mr. Bay? What are you defending? Sweaty bosoms, shiny machines, bloody flesh, and everything exploding, each one bigger than the one before it. Such an empty void of expression…
Posted by INTERFACE 2037 at 16:43 No comments: 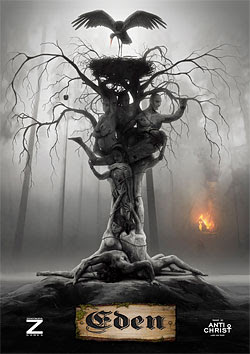 If this is a hoax, then it is a well-thought out hoax.

If this is real, then I simply do not have the words. Magnificent.
Posted by INTERFACE 2037 at 18:26 No comments:

Conceived as a piece commemorating the twentieth anniversary of France's Musee d'Orsay, Summer Hours (L'Heure d'Ete) finds director Olivier Assayas moving from his globalization trilogy (Demonlover, Clean, and Boarding Gate) to focus on family, and in the process he's made one of the most beautiful and restrained dramas of the year. We have one mother, three children, five grandchildren, two dogs, a housekeeper, and an exquisite country house filled with several lifetimes worth of memory and objects.

There are no big scenes, no flare-ups or crying jags, just a rapturous dive into the eddies and whorls of the time that we spend as families. What remains of someone once they've gone? Family bonds, and love, and security- these things are ephemeral. And who really decides what the tactile remnants of our loved ones mean? It is as remarkable an analysis of human behavior and the rippling, fragmented nature of death. With Juliette Binoche, the legendary Edith Scob (Franju's Eyes Without a Face), and Charles Berling.

Assayas has combined his interest in globalization with a rock-solid emotional center, refining his interests and making a film that gets under the skin of even those who were unaffected by his sleek technothrillers. Audiences all over the world have been transfixed by this subtle and moving effort, and even the staunchest stoic will be a little teary.

Summer Hours will resonate with anyone who has had to navigate estate taxes and sentimental values, putting prices on things once beloved and having to move out and move on. Never manipulative or venal, this film is graceful and haunting, and its final scene unforgettable.
Posted by INTERFACE 2037 at 22:22 No comments:

Why Wendy and Lisa are as good as it gets.

Now, it's no secret that I'm a huge fan of Wendy and Lisa. But recently, they've done something so completely awesome that it kind of staggers my mind. Thanks to a couple of the moderators at www.prince.org, they did a video session where they answered questions from boardmembers and fans about their music, lives, and their time with Prince. It's a remarkable thing to watch and experience, and certainly worth the eighty-five or so minutes it takes to experience it all.

They are, in fact, the coolest. So here are all nine parts.

Now, can you imagine Prince (or any other artist) taking this kind of time to just electronically hang out with the fans?
Posted by INTERFACE 2037 at 13:43 No comments:

At the movies: Land of the Lost.

LAND OF THE LOST

The kind of mess that can only come from an established brand name and a movie star with too much clout for their own good, Land of the Lost is almost worthwhile as an example of big-budget filmmaking with no clear purpose. Sid and Marty Krofft, who created the 70s television show that gives rise to this strange effort, helped produce this new film version, and in the interest of full disclosure, they succeed in recapturing the "what the?" vibe of that show.

With a few tweaks here and there, we find Dr. Rick Marshall (Will Ferrell, unbound by directorial restraint or the slightest hint of taste), a disgraced scientist with a radical theory reagrding spacetime, colliding with the lovely Holly (Anna Friel), a former Oxford student whose interest in Marshall's theories have gotten her drummed out of that venerable institution. Together, they seek to utilize tachyon energy to open a stable timewarp and avenge Marshall's humiliation at the hands of Matt Lauer.

When they find themselves, along with fireworks salesman and would-be entrepreneur Will Stanton (national treasure Danny McBride), in a pocket dimension populated by dinosaurs, primates, big bugs, and the lizardlike Sleestak, then we're still in keeping with the overall tone of Krofft's previous vision. But there's so much sexual innuendo, poo humor (though not as much, strangely enough, as in the truly execrable My Life in Ruins), drug talk, and casual swears that one begins to wonder if there hadn't been some horrible miscommunication in the making of the film.

There's something genial about this film, an 'anything goes' sensibility that goes a long way in establishing some sort of contract between the viewer and the viewed. Much of that comes from McBride, who elevates much of the material he's given, and production designer Bo Welch, whose sets and critters are so nifty and enthralling that I can almost forgive him for directing 2003's cinematic crime against humanity The Cat in The Hat. Farrell is uneven, sometimes excruciating, sometimes inspired.

Make no mistake, Land of the Lost is, at best, a mental margarita. Any time I started getting superannoyed with it, they would throw in an interspecies polysexual three-way or bring back "I Hope I Get It," from A Chorus Line, which is certainly unexpected and appreciated. But it's not consistent (or transgressive) enough to be truly special, though I expect it will have a long and weird videostore life.
Posted by INTERFACE 2037 at 23:48 No comments: