At the movies: Fantastic Mr. Fox. 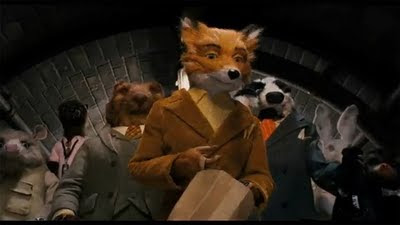 Based on Roald Dahl’s classic children’s novel, Fantastic Mr. Fox gives us a Fox (voiced by George Clooney) in a bit of a midlife crisis. A renowned chicken-snatcher from back in the day, Mr. Fox has been biding his time as a little-read journalist and man-about-town. But in his heart is the pulse of a huntsman, and when confronted with three foul-tempered farmers, he sees an opportunity to make one last big score as well as scratch the itch that’s been plaguing him for the past twelve fox years.

Wes Anderson, acclaimed crafter of stylized domestic dramas (The Royal Tenenbaums, Rushmore), making a stop-motion animation film about foxes. With puppets? The whole announcement and advance word seemed a little off, but the end results are speaking for themselves, with Anderson’s gift for hermetic playset filmmaking flourishing in the confines of the frame and the physical limitations of the style of animation chosen.

It’s no wonder people are blown away by the technique and heartfelt storytelling on display here. So much effort, across the board, has gone into this majestic little jewel, that one can't help but be bowled over by its quirky and immersive charms. More love and care went into a one minute-long scene set in a science lab here than went into all 150 million dollars of effects in Transformers 2.

Fantastic Mr. Fox is precisely that, and more. It’s a great example of a gifted filmmaker stretching out and encompassing a new form of visual language, and it’s a remarkable achievement in creating anthropomorphized critters that feel completely of a piece with Anderson’s universe. Here’s a film for the whole family, but one to be enjoyed on many different levels.

It’s a masterful fake-out on behalf of Anderson and co-screenwriter Noah Baumbach (Margot at the Wedding, Kicking and Screaming (the good one, not the Will Ferrell one)), because you go in to Mr. Fox expecting pleasantry, and what you get is a kind of majesty. A wonderful film for all to enjoy.
Posted by INTERFACE 2037 at 15:02 1 comment:

At the movies: Antichrist.

Following the death of their child, She (Charlotte Gainsbourg, who won the Best Actress award at Cannes, and deservedly so) slips into an incapacitating grief spiral of loathing and disassociation. Naturally, her therapist husband He (Willem Dafoe) decides to embark on a rather extreme form of therapy for his wife, altering her medications and taking her to their cabin in the woods, Eden, to get away from the city and to help exorcise her pain and fears. And the thing about exorcisms, as we all know; they aren’t really easy, and once all that psychic turbulence is in the air, where does it go?

Antichrist sprang out of writer/director Lars von Trier’s crippling depression, one that left him questioning his career choices and life as a filmmaker. Made on the hush-hush with a couple of stars and little media attention, what emerged was the scandal of this year’s Cannes Film festival, where it provoked walkouts and vitriolic hatred from some viewers. Subsequent berths at the Toronto and New York Film Festivals found audience members vomiting in the aisles and mass chaos during the film’s extreme third act.

But it also found no less vocal a defender than Roger Ebert, whose championing of the film has given it a foothold in the precarious world of arthouse cinema. It also garnered a diverse following of film folk who dig on its hypersymbolic caterwaul, its arch sincerity, and its utter madness. This is one of the reasons the phrase "chaos reigns" has become an underground/overground phenomenon.

Antichrist is a strange film. Equal parts aggressive marriage therapy, Angela Carter-style fairy tale, Greek tragedy, and gorefest, it feels like nothing else Von Trier has ever done before, and moreso, its rough edges are infinitely revealing. There’s a sad helplessness to the violent underpinnings of He and She’s relationship, and anyone who has ever had to deal with abrupt shifts in medication will find a chord struck within in them by what this film does. Not for everyone, certainly, but a fascinating trip beneath the skin of what we call humanity.

At the movies: Precious. 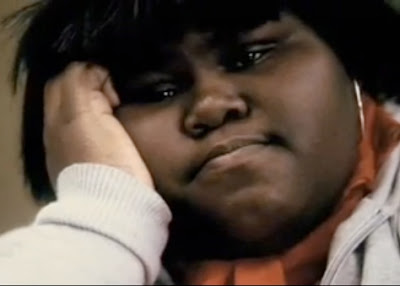 Claireece “Precious” Jones (Gabourey Sidibe, in a remarkable and untraditional performance- like Summer Phoenix in Esther Kahn) is a sixteen year-old girl. She weighs over three hundred pounds, and she’s just become pregnant with her second child, both children the result of having been raped by her father. She lives with her physically and emotionally abusive mother Mary (Mo’Nique), and she is trying to find her way through alternative education systems as she is almost completely illiterate.

It’s 1987 New York, but it could be anywhere that there’s suffering. And Gabourey Sidibe may not look like the kind of girl we usually see in movies, but it could just as easily be your story.

After triumphing at Sundance back in January, both Oprah Winfrey and Tyler Perry came on to help promote awareness of the film. Based on Sapphire’s bestseller Push, Precious has since been on a snowball of success, winning audience awards and accolades left and right, creating intense discussions about the responsibilities of portraying black life onscreen between it adorers and detractors, and setting records for box office business during its limited five-screen release.

“It’s this year’s Slumdog Millionaire,” some are saying, like that's a compliment. “It’s the film to beat,” say others. "It's the most racist film since The Birth of A Nation," or something to that effect, says critic Armond White, who pretty much called Tina Turner a race traitor (read his collection of early work The Resistance if you think I'm kidding) back in the 90s. So opinions, as you can imagine, are divergent.

Here’s the thing about Precious that nobody is really saying- it’s bonkers. It is near-operatic in its vision of oppression and liberation, feeling like a Douglas Sirk film that’s been stuffed into a Vittorio de Sica set (a connection made explicit by one of director Daniels' setpieces), and it understands that when you’re dealing with big emotions, sometimes you have to walk a fine line with camp. That precariousness adds much to the film’s impact, as do the central performances from Sidibe and Mo’Nique (who is destined for much awards love).

Add in a supporting cast that feels like a demented version of The Love Boat and Director Lee Daniels’ unorthodox choices, and you have a film that is absolutely singular in every way imaginable. The first time I saw it, I was impressed with the acting but didn't really see much else there. Now that the film has had time to grow in our national dialogue, now I get it. Precious is whatever it has to be to provoke an impassioned response from the viewer, and in that, it is wildly successful. 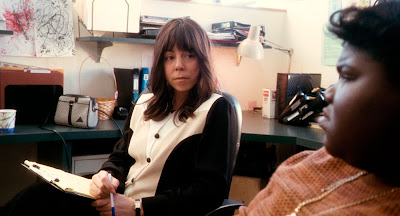 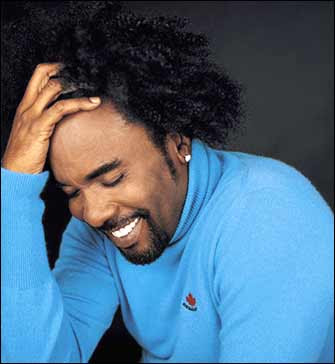 So at the 2009 New York Film Festival, I was more than willing to spread it around and talk to anyone at any kind of gathering I could. Press conferences, semiformal events, bum-rushing the stage following meaningful moments... No shame here, is what I'm saying. So I got to interact with two interesting directors, and both write-ups have been featured in this week's Metromix in my hometown. As I'm almost exclusively print-only for them, this is a big deal.

So here's some words from Lee Daniels, director of Precious: Based on the Novel 'Push' by Sapphire, and Lars von Trier, writer/director of Antichrist. 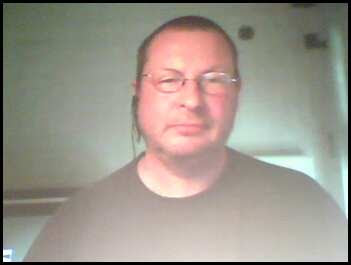 Lionel (Alex Descas) is a conductor on Paris’ subway system, a man living simply with his student daughter Joséphine. They live in a small apartment building, along with a taxi driver named Gabrielle and a young businessman, always traveling, named Noé, and together the four have evolved a weird sort of family life- one defined by absence, distance, and uncertainty just as it is by blood, love, and obligation.

Director/co-writer Claire Denis (Beau Travail, Trouble Every Day) is one of the most gifted filmmakers currently working, and with this film, she refines her organic and sensual method of storytelling into something truly comforting and lovely. Critics all over the world have been rapturous in their response, though with the indifference that many audiences have been showing toward challenging foreign cinema, it remains to be seen if that will be enough to bring viewers in.

If nothing else, 35 Shots of Rum will be responsible for countless drunken slow dances to The Commodores’ “Nightshift” over the next few years and several quality rice-based dinners.

Denis has made something magical here: a family drama where nothing feels clichéd, conflict isn’t forced where it isn’t needed, and we spend time with people we’d genuinely like to get to know. Hearts are stoked and broken, lives get irrevocably changed without a moment’s notice, and when the film finally ends, you just want to spend more time in its world. There’s a pervasive loneliness milling around these characters in the periphery, which is why their choice not to be alone is thrilling on a purely emotional level.

Grabbing every bit of awareness that I can.

One of the neatest experiences I had at this year's New York Film Festival was finding my photography a source of assistance to some colleagues. I was more than happy to take press conference photos for tireless champion of cinematic quality Vadim Rizov, and I never made a point of compiling them all into an easy-to-access digest. I'll not make that mistake again.

I love Film Festival life. It's like being a lower-tier Warhol superstar, only safer and you don't lose everything to heroin.
Posted by INTERFACE 2037 at 12:16 No comments:

"And there are things that you desire."

At the movies: A Christmas Carol 3D. 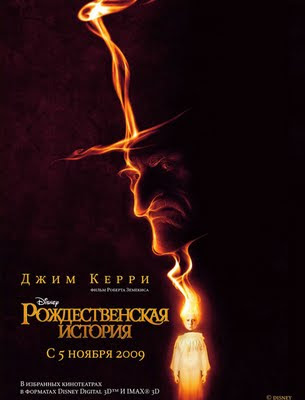 It's a classic story, to be sure.

An enduring facet of popular culture, Charles Dickens' Christmas Carol. It's been remade, adapted, and reshaped countless times over (is there any sitcom from the 70s or 80s that hasn't had their Christmas Carol episode?), showing no signs of slowing down or becoming irrelevant. But what time couldn't do, Robert Zemeckis and his team of motion capture engineers may very well accomplish, because this new presentation manages to be boring and tumultuous. At the same time.

We know the drill, as Ebenezer Scrooge (Jim Carrey) faces down three ghosts in order to be terrified into accepting the spirit of Christmas so Tiny Tim can be saved and the social contract can be upheld. And adapter/director Zemeckis makes a point of including some aspects of the original Dickens that usually get excised from adaptations (my favorite being the two feral children, Want and Ignorance, attending the Ghost of Christmas Present; one of the only redeeming facets of the picture), so that's nice.

But at the same time, every story beat seems contrived to set up a 3-D effective theme park ride, soaring through London skies or racing through the streets or surfing on an icicle (which reminds me, can we have a moratorium on extreme sports in film, because it's supremely played out). Because nothing is truer to the spirit of Charles Dickens than surfing.

Far from a family classic or an endearing touchstone for holiday seasons to come, this new take on A Christmas Carol is just a mess. The Jacob Marley and Christmas Future ghosts are way too scary for little kids, but the consistently-Dickensian language is what led to the most confusion and apprehension amongst the younger audience at the screening I attended.

For me, it's just an empty pile of pixels that aims to approximate Christmas. It's still better than The Polar Express, but that's not saying much. To put it another way: if I hadn't already seen I Love You, Philip Morris, this would be the point I gave up on Jim Carrey. But I have seen ILYPM, so let's just bypass the digital speed bump and move along, shall we?
Posted by INTERFACE 2037 at 21:10 2 comments: