At the movies: Sinister. 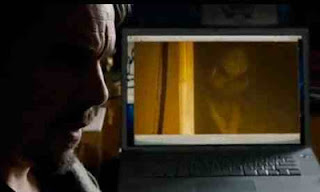 Still in theatres and messing up minds.
Posted by INTERFACE 2037 at 19:59 No comments:

At the movies: Life and Freaky Times of Uncle Luke. 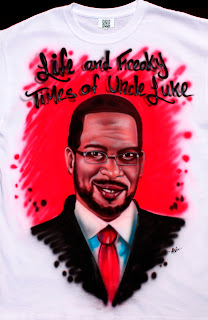 I was out of town when this piece ran, but I'm glad that it did and I hope it made a difference. This was the best short I saw at this year's Nashville Film Festival, and I watched it every time it screened during that event. It is my sincerest hope that this film could help those who need it- so many people are out of work, but it's staggering to me how much of the world is out of twerk. This film can definitely fix that.
Posted by INTERFACE 2037 at 02:50 No comments:

1) There's a creature in this film that I'm calling the spidermannequin. It is featured in the trailer, though it skitters quickly (and with such overstated CG speed) that you can't appreciate what an exquisite slice of nightmare fodder it is. This is up there with the Trilobite in Prometheus, or any of the reanimated pets in Frankenweenie. I've always said that a good monster can make up for a multitude of sins in any movie- this is a very good monster.

2) Deborah Kara Unger realness. She only has one scene, but she gets third billing. Damn right. She'll always be Catherine Ballard to me, and she brings all the good will she brought into the first SH to this one.

3) The nurses. Like a fusion of the Stygian Witches from the original Clash of the Titans and The Weeping Angels from Doctor Who (even though, yes, I know the Silent Hill nurses predate the Weeping Angels), these stop/start contortionist slice-and-dice artistes are remarkably effective. Unfortunately, their sequence is edited a bit too haphazardly for one to really appreciate the tension that the 3D adds to this particular sequence.

4) A carousel kept in motion by jagged pectoral hooks.

5) Some masterfully composed deep-focus shots that use stereoscopic images in an effective and unsettling way.

6) a child's birthday party turns into what looks like a meeting of the Kiss Army.

7) I hope Clive Barker got some money from this production, because this movie has a Cenobite axe battle as its climax. It's not staged particularly well, but its set-up is good, and there's a nice transformation that precedes it.

8) the female lead (playing the grown-up version of diva Jodelle Ferland from the first film) is good. She's got presence and gravitas, and she's got a Michelle Williams vibe going on that is a nice touch. The script gives her nothing, and she turns it into something.

1) This is a terrible script. No dialogue that isn't cliched. No motivation that doesn't feel like a cutscene (rightfully) excised from a game. No effort spent on establishing 'the real world.' No strong characters whatsoever- say whatever you want about Roger Avary, his script for the original Silent Hill had superb characterization, including five great roles for actresses. There are entire studios that haven't released five great roles for women in their entire 2012 lineup. And there's just nothing here that doesn't depend on an awareness of either the first film or the series of games. I bet dubbed into another language, this film plays like gangbusters, though.

2) It looks like they had about a tenth of the budget of the first film to work with. That's not the filmmakers' fault, but it is something you need to keep in mind.

3) There's none of the Italian horror dream logic that proved so refreshing in the first film.

4) There's no telekinetic razorwire massacre, or anything that comes even close to the transgressive, gleeful savagery of that sequence.

5) The male lead is just not very good. Part of it is that the script gives him nothing to work with, but he's also never really convincing.

6) Everybody from the first film who returns in this one... one scene each. Sean Bean, he gets a couple, and (surprise) he doesn't die (literally), so that's something. But there's a decent amount of stars involved in this film, and they all get the traditional scream queen treatment of one scene and out. When Malcolm McDowell shows up, you just have to accept that.

7) The 3D is really inconsistent. Some scenes and sequences are absolutely gorgeous, with amazing uses of depth separation and perspective shifts. Others look flat and post-converted.

8) What happened to Carrie-Anne Moss' career? She was the ass-kicking diva of the new millennium thanks to The Matrix. And she's worked continuously since the late '80s. But she deserves more- she gets to be the evil queen in this film, with pale skin and no eyebrows, but she only shines when the CG and stuntperson take over when she grows sawblades and becomes a Barkerian warrioress. She does get a great 'take him to the Asylum and cure him!' moment that resonates, but like everyone else in the cast who speaks, she is left adrift by the script. She doesn't get anything on par with what Alice Krige does in the first one, and that's sad.

9) I'm sure the studios involved were ecstatic that this entry runs just over an hour and a half, but there's never a chance to absorb any of the environments the film presents. Everything looks kind of cheap. The cinematographer, Maxime Alexander, shot Haute Tension and the remakes of The Hills Have Eyes and The Crazies- this is a man who knows how to light things beautifully. And this film looks haloed and overprocessed.

So I can't recommend Silent Hill: Revelation to you. If anything, it's the most disappointed I've been by a sequel to a film I loved since Basic Instinct. Though, in all honesty, Basic Instinct: Risk Addiction had Sharon Stone going full-tilt crazy, and there's nothing so lively or refreshing to be found here. Oh well...
Posted by INTERFACE 2037 at 01:57 No comments:

At the movies: The 50th Annual New York Film Festival. 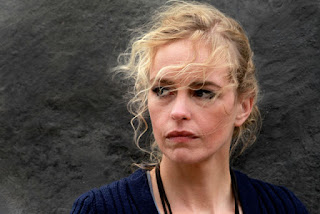 For my eleventh consecutive New York Film Festival, I wanted to have a grand experience. I only saw two films I hated, so that certainly counts for something. 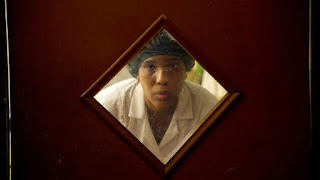 There were so many dazzling moments, I just sort of had to keep my responses internal, barring the occasional gleeful gasp or slack-jawed amazement. 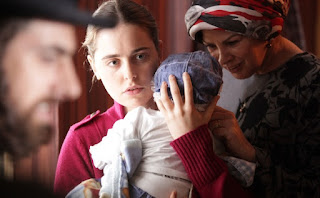 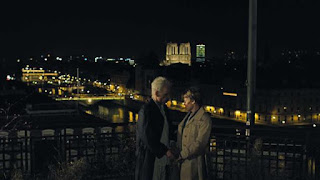 So here's my write-up from NYFF 2012. I hope you enjoy it. There were so many good films that I couldn't fit them all in, so much respect also to Pablo Larrain's No and Damon Packard's Foxfur, which I recommend to all.
Posted by INTERFACE 2037 at 22:31 No comments: