So it took me two years to finally finish this endeavor. It gets harder and harder to write about these songs, the closer they get to my heart and hippocampus. It helps, though, seeing Purple Rain with an audience. It lets me get back into that purple part of my heart.

10) COMPUTER BLUE (Unreleased Version) (1984)
So many different versions. I'm partial to the one that Prince turns into the funk version of "The End" (i.e. the 'hallway speech' version), but I've never heard a version of Computer Blue that isn't captivating.

A remarkable dialogue of faith.

There will never be another song quite like this one. It is ground zero of a whole new kind of sound, and I am dazzled by it on a daily basis. 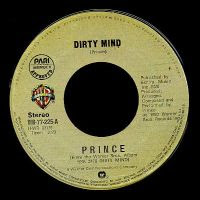 Naughty, but not filthy. Funky, but in a way no one had experienced before. Synthy, but with much more on its mind than riding some sequencers in search of easy groceries. 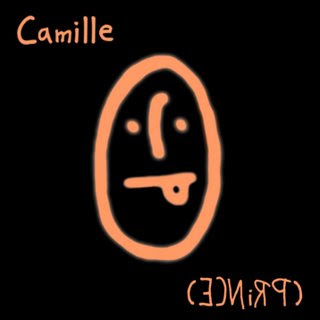 For some reason, this has always reminded me a little of "Earache My Eye." Party rock at its finest. I want a horn section with me at all times because of this track. 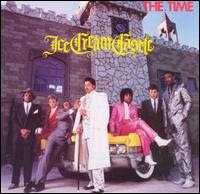 The funniest loverman seduction ever put on record. Why hasn't some enterprising individual made Morris Day their spokesperson? I mean, the possibilities are just limitless. And this song is such a singular vision of purple strings and straightman sass, it just makes me smile every time I hear it.

A studio error gives rise to one of the most enduring love songs ever written. If I ever get married (yes, I know, we've talked about it- I want a wedding, not a marriage), this song will play, mark my words. 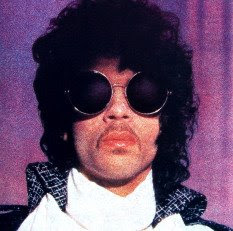 If you want evidence as to why radio was millions of times better in the mid-80s than it is today, let's note that this was a massive hit (the biggest of Prince's career) that changed radio, clubs, MTV, and the movies. It is such a singular and masterful expression that I just trip out on its utter magnificence. Even today, nothing else sounds quite like it. 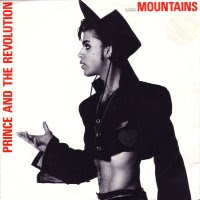 With all the ongoing debate about what the Revolution did or didn't do, I always like to point to this masterpiece. Prince, Wendy, Lisa, Dr. Fink, Brown Mark, Bobby Z, Sheila E, Atlanta Bliss, Eric Leeds, and Miko Weaver. The Counterrevolution, but damn if I don't find something new in this track every time I hear it. Prince made magic when writing with Wendy & Lisa, and this song stands eternal as testament to it. Is it any wonder Susannah went with him? If someone had written this for you, wouldn't you follow them anywhere?

and then, the song we'll never hear, but that plays in the heart of every Prince fan...

One evening shortly after Susannah (Melvoin)'s departure, [recording engineer] Susan Rogers could tell something was very wrong when Prince came down to the basement studio. Looking disconsolate and barely speaking, he began constructing a song around a melancholy piano pattern. His spoken lyrics portrayed a fictional dialogue between himself and Wally Safford, a dancer in the band. Sounding sad and lost, Prince asks Wally to borrow $50 and some sunglasses so he can impress his lover, but then changes his mind and returns the items, telling Wally that since he is alone now, he has no one to spend the money on. Prince was accompanied only by piano throughout the verse, but guitar, bass, and drums enter as the song built into a chorus on which he sings the phrase, "o-ma-la-di-da."

Watching Prince construct the song, which he called "Wally," Rogers was stunned by the honest emotion and wistful resignation it conveyed. She saw the song both as a farewell to Susannah and a means of expelling the poison of a failed relationship.

"Do you know that malady means sickness, illness in French?" Prince asked Rogers, referring to the phrase he sings in the chorus. "It's almost like the word melody, isn't it?" Prince, who rarely exposed his inner feelings, even in his music, was groping for a metaphor that would convey his feelings of loss. Rogers felt it was a turning point in his songwriting.

But as the session continued, Prince started to distance himself from the creation. He added extraneous instruments that diminished the song's clarity. A percussion part cluttered the verse, detracting from the lyrics.

"Don't you think it was better before, Prince?" Rogers said. "Maybe we should stop." He ignored her, adding a synthesizer riff. Soon it became clear to her: He was intentionally destroying the song. After larding the piece with additional instruments, he finally spoke.

"Now put all 24 channels on record and erase it," he told Rogers.

"No, you can't do this!" Rogers said, dismayed by the prospect of losing the statement at the core of the song.

"If you don't, I will," Prince responded.

Rogers stood her ground, and Prince was forced to operate the soundboard himself as he destroyed his own music. "Wally," like his relationship with Susannah, Wendy, and Lisa, involved more emotional intensity than Prince was willing to accept. "I thought it was the greatest thing he had done," says Rogers. "I had waited years to hear a Prince song like this. I ached to hear him be this honest."

Yet, Prince's refusal to explore his feelings was not altogether surprising. Rogers had discussed the topic of depression with him before and found Prince contemptuous of the very notion. "He thought it was practically a sin to be depressed," she remembered. Many other associates have observed that Prince -- not only in his relationships, but even in his music -- is cryptic and unrevealing of his deepest feelings. "His music is very passionate, but he doesn't let himself open up emotionally," observed Marylou Badeaux. "And look at the way he's dealt with women in his life -- he's not able to get emotional, he just keeps it on the level of sex play."

Though Susannah had never formally been part of the Revolution, her personal and creative influence on Prince from 1983 to 1986 rivaled that of Wendy and Lisa. With her exit from the scene, the Revolution period ended irrevocably. The epitaph of this time would be "Wally," a song no one would hear.

from Possessed: The Rise and Fall of Prince by Alex Hahn.

The Top 50 Prince songs of all time. 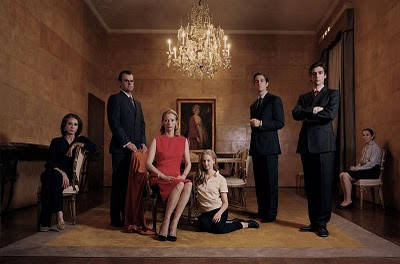 My take on the new Tilda Swinton epic, which I recommend heartily.
Posted by INTERFACE 2037 at 11:55 1 comment:

At the movies: Eclipse.

My review of the latest Twilight film, courtesy of the Nashville Scene.
Posted by INTERFACE 2037 at 09:43 1 comment: