At the movies: La Flor. 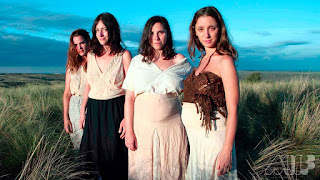 La Flor is like nothing else out there. You should check it out, for real.
Posted by INTERFACE 2037 at 18:13 No comments:

At the movies: In Fabric.

A sensual riot from Peter Strickland, and one of my favorite films this year. 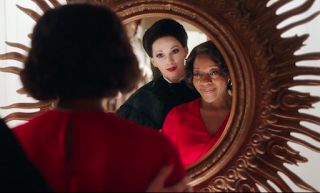 At the movies: One Cut of The Dead.

An utter delight for fans of horror, comedy, the theatre, Japanese cinema, Noises Off, or families working together in weird situations. I would genuinely recommend this to my Mom. Also, shame on what Fear The The Walking Dead did to Kim Dickens (the actress, not the character). And you should read This Book Is Full Of Spiders.
Posted by INTERFACE 2037 at 18:59 No comments:

A fun opportunity here in Nashville for a Friday the 13th weekend. And I had to get a little shady regarding the Screen Drafts kerfuffle on their Elm Street/Friday Superdraft, because shame on me if I didn't. I maintain 4 is the best Friday the 13th film, and that III is one of the lesser offerings, unless you're actually watching it in 3D, in which case it is way better than it has any right to be. 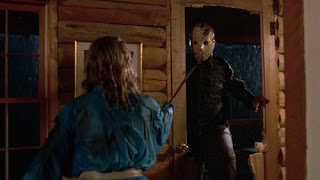 Catching up with Jason Shawhan

I interviewed Gaspar Noe, and he and A24 sought me out, which will probably go on my business card and is definitely on my resume right next to having been Crispin Glover's photo elf on a few occasions.

Daniel Sloss is just the best.

I got to talk to Nicole Byer, and she was much cooler than I am and you can barely tell how awkward the interview was from this. Editors are our friends.

All-time classic 9 TO 5 - one of the greatest films ever made about the American workplace.

MIDSOMMAR. An addendum after the fact: the director's cut is interesting, but the original theatrical cut is superior pretty much across the board.

Why wait for heaven to experience glamour and beauty? DIAMANTINO.

Gaspar Noe's CLIMAX, which works as a liminal carbonation of the brain.

KNIFE + HEART, a queer phantasy of murder and texture.

Neil Jordan's GRETA, which I liked a lot.

ANGEL HAS FALLEN. It's hard to try and make a reactionary action film these days.

Here's me on NASHVILLE DEMYSTIFIED, talking about Altman's NASHVILLE and my ten favorite Nashville related films.

In which I go on about Once Upon a Time in Hollywood in 35mm and the new 4K restoration of Alien.

A roundtable discussion about issues in the Nashville LGBTQIA+ community.
Posted by INTERFACE 2037 at 14:23 No comments: