At the movies: The Purge: Anarchy. 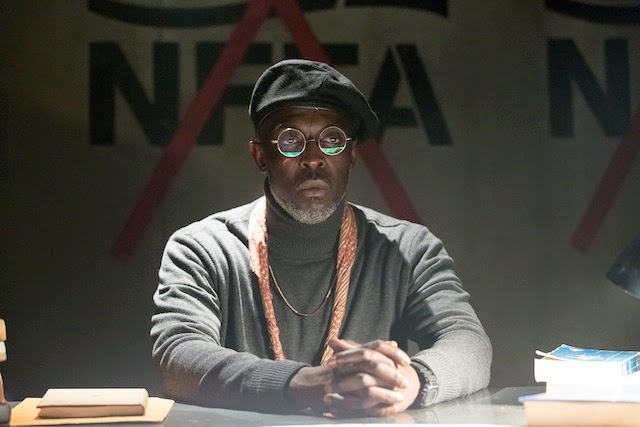 Another year, another ritual bloodletting... This year's Purge expands upon its initial installment with verve and adrenaline-fuelled rage, and I can't help but recommend it to anybody who is exasperated with/terrified by the reactionary foolishness that's bludgeoning the people of the U.S.

One thing that I wanted to emphasize in my review but that sort of got pared down into a less grammatically contentious phrase (something which happens a lot in the editing process, which is certainly a good thing) is how there's been an insidious strategy, both in the film's dramaturgy and in real life, where the poor get brainwashed into thinking that their enemy, the only thing standing between them and untold riches, are other poor people. It's divide and conquer theory, but somehow more peacockish about its evil.