I wrote it and got paid for it. But it never made it into the digital archive at Metromix Nashville. Curiouser and curiouser, said Alice... So I saw this before it premiered at Toronto, but it opened in Nashville after the involved parties had revealed the whole thing to be a hoax. So that's annoying. Here's my genuine response. You're soaking in it. 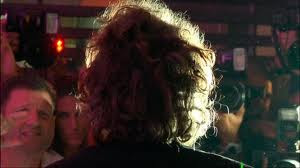 In 2009, just after completing the film Two Lovers, Joaquin Phoenix announced his retirement from acting in order to pursue a career as a rapper. Befuddlement ensued, from fans who’d followed Phoenix’s career as an acclaimed actor as well as a celebrity-obsessed media that couldn’t help but wonder at the sheer randomness of the whole thing. So from that, Phoenix began to document his transition into hip-hop with the help of his brother-in-law Casey Affleck. This film is the result of that, following Phoenix’s downward spiral into what very well could be a self-created career annihilation.

Everyone is wondering whether or not I’m Still Here is real or fake, or ‘real.’ When you’re talking about film or fame, there is no real, at least not in the way that suits an easy dualist perspective. My guess is that the germ of this film started out as invented and planned, and that during the course of this ‘documentary,’ the outside world decided to play along and everything got too real for everyone, and Phoenix ended up in showbusiness limbo.

Filth abounds, as well as a good deal of drug use, pimpcraft, exploitation, nudity, and empty Hollywood debauchery. In its defense, I’m Still Here does have a staggeringly effective and beautiful final shot, a miraculously tranquil and haunting moment. But the slog of it is just brutal.

I give Casey Affleck a good deal of credit as an actor.

As a director/documentarian, he’s coming from some place very different. At its best, this film is like evidence for an intervention, or a cautionary tale for anyone trying to get too metatextual with their career. You feel a corrosive sense of pity for Phoenix at first, one that eventually gets used up by the ceaseless, whiny grind of watching a goof on the idea of celebrity that acquired its own malignant inertia and ended up fulfilling its fake crisis with a real one. Let’s hope this mess scares Phoenix into rediscovering a passion for acting.
Posted by INTERFACE 2037 at 23:10 No comments:

The latest journey into the Wizarding World. 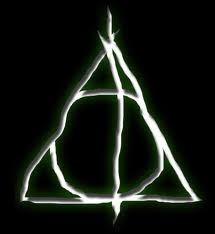 Catching Up at The Movies: Carlos. 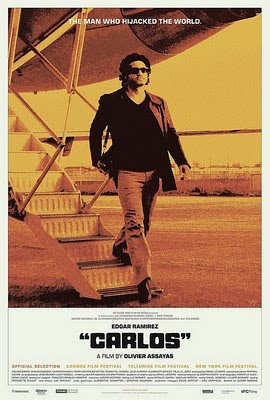 5 1/2 hours worth of awesome. Poster designed by the truly awesome Sam Smith.
Posted by INTERFACE 2037 at 21:37 No comments:

25 things You May Not Have Known about The Breakfast Club.

One of the most awesome experiences I've ever been privy to. 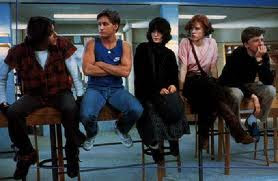 Catching Up at The Movies: Inside Job. 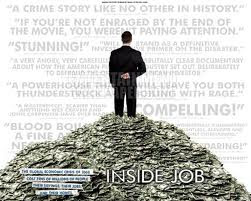 In case you've been wondering what happened to your money/house/life.
Posted by INTERFACE 2037 at 21:32 No comments:

Catching Up at The Movies: Hereafter.

So I feel like I was way hard on this film. Looking back on it, Damon's performance stays with me, and his scenes with Bryce Dallas Howard are emotionally hardcore. But I don't know if I can make myself watch this one again. Maybe... 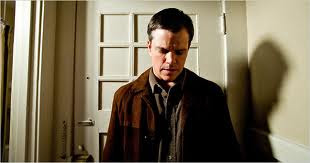 Catching Up at the Movies: Enter The Void.

A singular visual experience. Certainly worth seeing in theatres.
Posted by INTERFACE 2037 at 17:52 No comments: 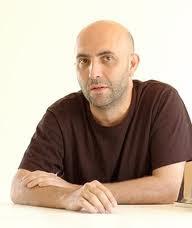 Catching Up at The Movies: The Social Network. 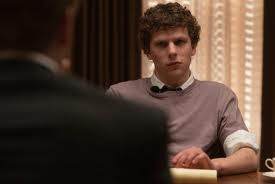 Still one of the best films I've seen all year, and certainly one that's resonated with the most people.
Posted by INTERFACE 2037 at 17:49 No comments:

A fun day at the Walter Reade, getting to the heart of things. 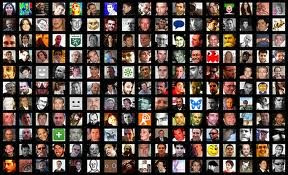 Catching Up at The Movies: The Agony and The Ecstasy of Phil Spector.

Catching Up at the Movies: Going the Distance. 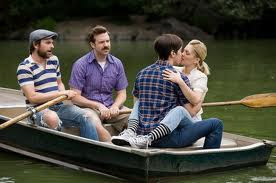 I still can't believe that this film was such a staggering failure. It's so far ahead of every other romantic comedy I saw all year.
Posted by INTERFACE 2037 at 18:02 No comments:

Catching up at the Movies: Life During Wartime. 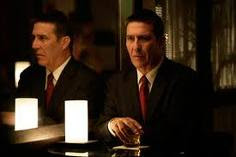 A surprising box office disappointment, considering how well Happiness did in nashville back in the day.
Posted by INTERFACE 2037 at 17:59 No comments:

A chance to talk with Writer/Director Todd Solondz, Actor Michael K. Williams, and Actress Ally Sheedy at the 2009 New York Film Festival. This is where that photo of me and Omar comes from...

Catching Up at The Movies: Wild Grass (Les Herbes Folles).

A bonkers opener for the 2009 New York Film Festival, and a truly unique offering from one of the greats. I apparently liked this more than most. 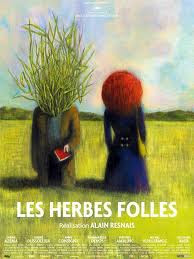 Catching Up at The Movies: Scott Pilgrim vs The World. 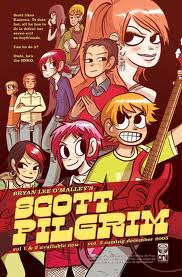 This one ran in The Tennessean as well, where I was treated to some snarky-ass comments by idiots. It's been pulled from their archive, so who can say?
Posted by INTERFACE 2037 at 17:47 No comments: