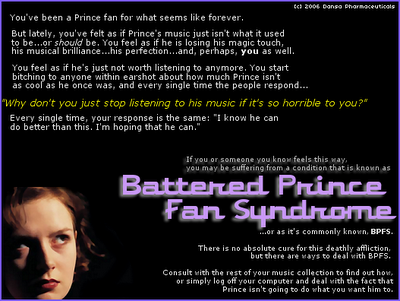 At the movies: Monsters vs Aliens.

Continuing to build on the strength of their underrated Kung-Fu Panda, Dreamworks Animation sets it aim high with this delightful throwback to the SciFi films of the 50s and 60s. Taking icons of those films, then tweaking them just a little, we get some remarkable characters: Seth Rogen’s take on The Blob (here, just called Bob) is breezily funny, and Will Arnett (Arrested Development, 30 Rock) gets at the existential heart of The Missing Link, a monster who just wants a tropical island full of Spring Breakers to terrify. Hugh Laurie’s Vincent Price/The Fly/mad scientist tribute, Dr. Cockroach, Ph.D., is a personal favorite, and Reese Witherspoon, as the 49’11” Ginormica (and the piece’s primary heroine), does well with the film’s message of empowerment and open-heartedness.

But all of them, I tell you, pale in comparison to Insectosaurus. A grub accidentally afflicted by a nuclear explosion, Insectosaurus is 350 feet tall and quite possibly the most adorable movie monster ever. Sort of a friendly collision between Godzilla, Mothra, and Gossamer from the Looney Tunes, Insectosaurus made me laugh just by being in the frame.

So our team of monsters finds itself the only hope for the nation that shunned and imprisoned them when an impending alien invasion threatens the world as we know it. And what distinguishes Monsters vs Aliens most from its predecessors of Cold War SciFi is its willingness to embrace the other rather than rattling paranoid cages. Its 3-D effects (which, ideally, is the way to experience it) are subtle and immersive, but they up the excitement level considerably, and the diverse audience of families and critics I saw it with had a great time, excepting the itty bitty children who just couldn’t wrap their little heads around the concept of a friendly monster.
Posted by INTERFACE 2037 at 20:07 No comments:

At the movies: I Love You, Man.

As an L.A. realtor Peter Klaven (Paul Rudd) gets closer to his upcoming wedding, he realizes he has no male friends, an imbalance which he seeks to remedy when he meets Sydney (Jason Segel). As the two develop a friendship, Peter discovers a whole new world, especially when it comes to dealing with his wife-to-be's reaction.

Rudd and Segel were comic gold in last year's Forgetting Sarah Marshall, and both have been A-list material in the recent wave of big-ticket R-rated comedies, so pairing the two in this film is a given. Add in the fact that director/co-writer John Hamburg (who made the masterpiece Safe Men) and you have a recipe for greatness, though one that feels a little compromised in tone, hinting at perhaps a stranger, less audience-friendly incarnation in an earlier cut/draft.

The only weak note in the film is Andy Samberg, playing the kind of homewrecking stereotype that gives gay men a bad name. He is fortunately counterbalanced by a exceptional Thomas Lennon, who brings some dignity to what could have been demeaningly stereotyped.

If I Love You, Man doesn't quite hit the heights of Forgetting Sarah Marshall or explore the weird tangents of Role Models, it's still a delightful film, and it's anchored by an exceptional Rudd performance, easily one of the finest of the year. And what Role Models did for Kiss, this film doesn for Rush. Proceed accordingly.
Posted by INTERFACE 2037 at 19:41 No comments:

So, apparently people do read my reviews.

I've always been a fan of Park Overall, and now, it turns out, she's a fan of me.

This has done much to diminishing my overwhelming fear of my own industry collapsing.
Posted by INTERFACE 2037 at 17:23 2 comments:

I approached this film with utter dread. I’d enjoyed director Zack Snyder’s remake of Dawn of the Dead, but found his follow-up 300 as painful and expressive as a kidney stone, both ponderously ornate and incredibly stupid. So I’m being up front in the interest of journalistic objectivity when I say that I was terrified of how bad this movie might turn out. It turns out, though, that the surprise is on me, and Snyder’s film of the immortal Alan Moore/Dave Gibbons graphic novel is actually kind of good. It doesn’t succeed on all fronts, and there are a few instances that clang rather than mesh, but on the whole, I’m actually impressed.

It covered all the necessary story points, it moved along breathlessly (its hundred and sixty-odd minutes pretty much flew by), and as far as presenting big budget weirdness up for the masses, it’s as subversive a mainstream film as Oliver Stone’s unfairly-maligned Alexander.

Once again, Moore has had his name kept away from the filmed version of one of his works, which in a way reasserts his authorship praeteritively. These are his characters, and yet they are not. Not completely. But Watchmen, the film, does preserve the dominant tenet of its graphic origins, using a Greco-Roman approach to divinities as its model, rather than the Marvel/DC saints. Rather than emblematic of ideals that humans should aspire to, Moore's heroes are just as flawed and screwed up (alcoholics, sociopaths, exhibitionists, and racists) as humanity is.

Unfolding in an alternate earth, circa 1985, history has played out rather differently than we know it to have done: a 1959 accident resulted in the creation of a superhuman being, codenamed Doctor Manhattan (Billy Crudup), whose near-limitless power changes outcomes and shifts global arrangements around completely. Manhattan’s cosmic power resulted in the immediate end of the Vietnam War, which led to the abolishing of term limits, which brings the film’s world into the beginning of Richard M. Nixon’s fifth term.

Two different groups of costumed adventurers, The Minutemen (circa 1940) and the Watchmen (circa 1970) provide us with the majority of our characters. Messed-up human beings with messed-up lives, these ‘masks’ were diversions for the public, locked away after the late-70s passage of the Keene act, which outlawed costumed adventurers and crimefighters. But now, someone, it seems, is killing off ‘masks,’ and the remaining survivors have to get to the bottom of a mystery that could shred the very fabric of space and time. This is the engine that gets the film going, as we follow the vigilante Rorschach (Jackie Earle Haley, of The Bad News Bears and Little Children) as he starts laying out the pieces of the puzzle.

The original work is one of the most seminal graphic novels ever created (though I would put the Frank Miller/Bill Sienkiewicz masterpiece Elektra: Assassin on a similar pedestal), and what makes it onscreen is an inordinate deal of what makes the Moore/Gibbons Watchmen so enduring and special: this is as morally complex a film as von Trier’s Dogville or Tolkin’s The Rapture, and anyone expecting a wham-bam superhero adventure is in for a rude and blue-phallused awakening.

Speaking of that blue phallus, let's talk for a moment about Doctor Manhattan. As far as this film is concerned, Doctor Manhattan is God. And God, busting forth with the power cosmic and the ability to create and annihilate with but a thought, is disinterested with humanity. And it's only by appropriating the ideology of good ol' American Puritanism that humanity can get its act together, which is provocative on several levels. Because it isn't the fire and brimstone dogma so many millions get drilled into their heads, but rather the illusion of that dogma that provides the fulcrum on which society, at least in this film, pivots.

And that leads to an interesting conundrum about the film: there are no regular folks. We get glimpses of the occasional regular folk (including the denizens of the newsstand), and whole craploads of them die in horrible ways, but there's no real human perspective on display here, so that's a mark against this particular adaptation. It's not an insurmountable problem, though.

Flawed as they may be, the Silk Spectre II/Nite Owl II sex scenes, bookending their rescue of what seems like an entire refugee community, get into the psychosis of the need to be a superhero in a more perceptive manner than The Dark Knight. That’s the film that will hang over everyone’s analyses of Watchmen, and it’s an unfair comparison, because The Dark Knight had Heath Ledger’s powder-keg of a Joker, and in Watchmen, the villain is human nature. The Percy Bysshe Shelley quote that adorns a statue during a climactic confrontation is a fitting one, both for our species’ tendencies toward egomania and for the way in which we hope to make a difference- to have it all matter, somehow.

So I have to say, I miss the squid, and Malin Akerman wasn’t really up for what her role called for (though the catty tone many advance reviews have taken with her performance is off-base and unfair). The whole instance of how The Comedian uncovered what he uncovered isn’t really explained at all, nor does it even really matter in the long run, which is also a problem. Jackie Earle Haley is good enough in this that it doesn’t even bother me that they’re considering him for the new Freddy Krueger. Patrick Wilson gets to play a secretly sexy nerd, and Billy Crudup has this amazing zen approach to the proceedings that for some reason make me think back to that immortal line in Almost Famous/Untitled where he proclaims “I am a golden god!” Change that adjective to cerulean, and you’ve got something.

This movie could have been a disaster of epic proportions. Instead, it’s a thematically complex pleasant surprise, and I find myself giving this take on Watchmen the highest compliment I could: it’s good enough that I forgive Zack Snyder for 300.