Some assorted thoughts on The Films of David Lynch. 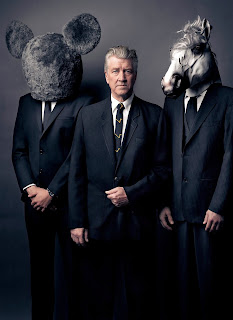 I was fortunate enough to be able to contribute to the Scene's overview of the Belcourt's David Lynch retrospective, and I had a blast with it.
Posted by INTERFACE 2037 at 00:17 No comments:

At the movies: Guardians of The Galaxy Volume 2. 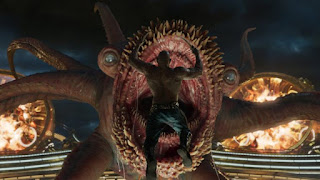 Despite it being the biggest movie in the world right now, it's possible you've not seen Guardians of The Galaxy Volume 2. I have some thoughts on the subject.
Posted by INTERFACE 2037 at 00:14 No comments:

I got to write about Nashville's Old School Afterhours Club Reunion show, as well as prepare an assortment of throwback classics for your listening enjoyment.
Posted by INTERFACE 2037 at 00:11 No comments: 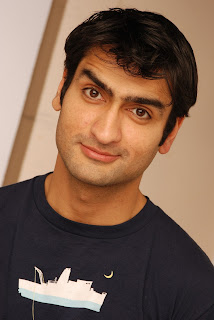 Kumail Nanjiani is just the best. I have the utmost respect for him, and he's a delight to interview.
Posted by INTERFACE 2037 at 00:07 No comments:

So I got to talk to Michelle Visage, and it was just awesome. She's a sweetie, and a great advocate for the community.
Posted by INTERFACE 2037 at 00:04 No comments:

At the movies: Show Yourself. 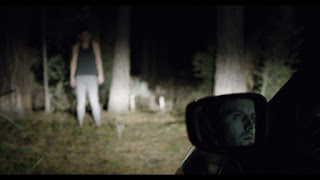 It’s rare to find horror films that successfully manage to crosspollinate with other genres; it happens every now and then with comedy, with classics like (Shaun of The Dead, Slither, and Evil Dead II), or with Science Fiction (the Alien series, The Stone Tape). But those combinations are blends that we as audiences recognize. So what happens when something really unexpected comes along. Think along the lines of Rahtree: Flower of the Night or Lake Mungo, where you have a horror film that has found a way to expand the reach of the genre into truly unexpected territory.

Billy Ray Brewton’s film Show Yourself is like that. It’s a ghost story, and a weirdness in the woods tale, but it’s also an immersive nostalgia piece (think The Big Chill, or Come Back To The Five and Dime, Jimmy Dean Jimmy Dean), and that’s a unique mesh of elements. It also dabbles in self-help actualization and unsublimated tension, which is quite the reach for such a modest indie. It’s basically a one-man show, as Travis (Ben Hethcoat, who works his ass off onscreen for pretty much the whole movie) returns to the forest where he and his buddies would hang out back in the day. Only now, that group of friends has fragmented, with the recent suicide of Paul (Clancy McCartney) throwing previously held certainties into entirely different frames of existence.

Travis is back in these woods to spread Paul’s ashes, and also start learning a new script. He’s got technology on his side, as well as an uproarious one scene cameo from national treasure Robert Longstreet as the cabin’s owner. But he’s also, for the most part, a decent dude working his way through some heavy shit. So when supernatural things start happening, it’s hard to have an instantaneous response. Writer/Director Brewton has us in unfamiliar territory, and that is an ever rarer wonder. We understand, instinctively, ghost stories, We get home invasions, and we understand hostage narratives. Show Yourself isn't something you've seen before; it's an experience that the viewer most process in a new way.


Le us also praise Hethcoat’s performance, because without it, the film wouldn’t work. It’s a lot of heavy lifting to do, being in almost every scene, and he finds a way to never react to any situation in exactly the way you might suspect. It’s an endearingly weird performance, and that’s just fine, because Show Yourself is an endearingly weird film. It’s rough around the edges, but it gets inside your thoughts and haunts the viewer even after it’s over. It's a film that remains vibrantly alive in the subconscious, more than a year since I first saw it. And it continues to evolve, after the second and third viewings as well.
Posted by INTERFACE 2037 at 11:50 No comments: