A gallimaufry of guesstimation.

So, in a grand shift from my usual literary trickle, I'm practically hosing the internet down with material this week, with reviews of Pascal Laugier's film Martyrs here and my takes on the new albums by Pet Shop Boys and Depeche Mode.

Another one of those interviews I wish I'd been involved in. 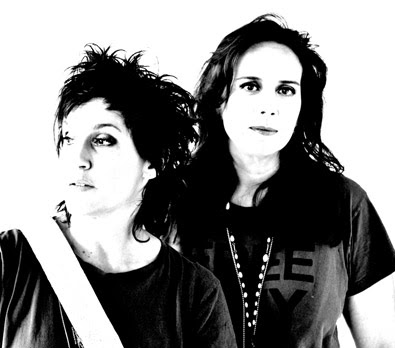 As everyone knows, Wendy and Lisa are two of my favorite people in the world. So here's a really informative and dishy interview where they refer to Prince as a 'fancy lesbian.' I love these ladies. And the Internet. Thanks, Out magazine.
Posted by INTERFACE 2037 at 23:54 No comments:

At the movies: The Informers.

It would be impossible to do a literal adaptation of a Bret Easton Ellis novel, and no one has been able to do so just yet. Of them all, Roger Avary's take on The Rules of Attraction came closest to capturing the tabula rasa grand opera of Ellis' milieu, but even it had to scale back as far as the drugs/sex/decadence quotient.

Those three elements have come to define the literary and cinematic Ellis, and to that body of work we can now add The Informers, sprung from Ellis' 1994 collection of short stories, and the first instance of the author working on the screenplay for one of those adaptations. There's an attempt here to craft a coked-out Short Cuts, aiming for that distinctively Altmanesque sprawl that nonetheless coheres into something greater than the sum of its parts. The Informers, the film, is a frustrating effort.

It has that quintessential Ellis fixation on surfaces, with beautiful skin sliding through life greased by power and payment, and it captures that nameless sexual demiurge that privilege fuels, with participants slipping in and out of whatever bed is nearby in a gender-irrelevant pile. But lurking beneath its surfaces is an all-consuming sadness, a pervasive sense of wanting to be needed and valued in human terms, and only some of the film's cast are capable of making that aspect feel real, rather than something demanded by the screenplay.

Amber Heard, still best known as adjunct girlfriend in Pineapple Express and Never Back Down (and whose remarkable titular role in All The Boys Love Mandy Lane still remains unreleased in the U.S.), presides over the proceedings as Christie. She is desired by most of the cast, few of whom even register, and she unleashes some of the most commanding nudity since Sharon Stone's turn in the first Basic Instinct. Remarkably, Heard never seems exploited, delighting in the power of her flesh with an earthy, Anna Magnani vibe. She drives the film in a way that none of the rest of the cast can, and she gets the tone of Ellis' stories exactly right.

Similarly, Mickey Rourke continues his career resurrection with a disturbing turn as someone slipping around the lowest rungs of the Los Angeles ladder. A kidnapper of dubious reliability and razor-sharp intensity, Rourke's Peter is a character that understands exactly where he stands in the social hierarchy of 1983 L.A., and his performance, like Heard's, is spot-on.

The Informers is notable for being actor Brad Renfro's final role, and it's difficult to watch his work in the film without being aware of that fact; his character is a twitchy mess of a man put into an untenable situation who does, however, have one scene of explosive power, where he talks about the business of Hollywood, and you don't know what comes from the script and what's coming from the heart, but it burns brighter than most of the film that contains it.

In a way, Billy Bob Thornton seems to be working through some heavy issues himself- his part is quiet, a studio executive torn between a longtime affair and reconstituting his marriage and fragmented family, but there's a steely sadness to his work here that resonates long after his time onscreen is past.

But that's the central problem of The Informers- the vast majority of the cast can't bring that pain through, and a lot of the film just lies there and looks pretty. Kim Basinger and Winona Ryder both bring a nervy exhaustion to their roles, and we feel how the lives of their characters (and, to a certain extent, their public personae) are driven by endless obligations, but they aren't able to overcome the weaknesses of the material.

As for the film's seemingly endless array of blond boys with indiscriminate libidos and indeterminate ideologies, they just don't do anything to differentiate themselves. Some are sad, some run a mysterious ring of child-killers, some are numb by the lives and lies their families gave them, and none of them affect the proceedings all that much. There's a 'lonely rock star' subplot that could have been completely jettisoned and it would have made no difference whatsoever.

Anybody with a jones for 80s-era decadence can find some enjoyable moments within. It's hard not to love a film that unfolds its moral agenda to Simple Minds' "New Gold Dream (81-82-83-84)" or that positions Pat Benetar's "Shadows of the Night" as the pop music equivalent of the Voight-Kampff test from Blade Runner, just as it's hard not to hate a film with this much bad hair or sloppy AIDS allegory. You probably already know whether or not you want to see this film, so the only purpose I serve is to make sure you've got your expectations properly set. Better than Less Than Zero, but without a performance like Robert Downey Jr.'s. Less of an agenda than American Psycho, but nowhere near as subversive or brilliant in its musical choices. Doesn't compare to The Rules of Attraction, but few films do.

But in our pharmacotized culture, when the cult of 80s-style awesomeness again rules the masses (and don't kid yourself, Journey's "Don't Stop Believin'" is the epitome of the phenomenon), with uncertain futures and a sense that the rich really are a separate species (rent Brian Yuzna's masterpiece Society for further elaboration), there's a place for Ellis and his oeuvre. The distance between the Now and the Then seems even more diminished, and sometimes you just want to feel less.
Posted by INTERFACE 2037 at 23:42 No comments:

At the movies: Observe and Report.

Seth Rogen is one of the country's most reliable comic actors, and he luxuriates in the emotional mess that is mall guard Ronnie Barnhardt. Though the part screams out for writer/director Jody Hill's muse Danny McBride (who has a brief and glorious cameo), Rogen's affability helps lead the audience into dark and beautifully-messed up paths. McBride is one of the more intriguing screen personas of recent years, and between his remarkable screen debut as Bust-Ass in David Gordon Green's All The Real Girls and last summer's Pineapple Express, he's crafted a fascinating body of work. But he can't really bring across empathy, and that's one of the reason that Rogen works so well in the role.

Look no further than enduring treasure Celia Weston as Ronnie's long-suffering mother to find this film's glorious blend of the meaningful, the misconceived, and the monstrous; her scenes with Rogen are remarkable acheivements in taking the grotesque and making them sweet. Weston is like a Flannery O'Connor character, a female Harry Dean Stanton, and she (and Collette Wolf as the crippled baristress Nell) provide the first truly iconic female characters to Hill's cinematic universe.

Barnhardt (Seth Rogen) is a bipolar mall security guard longing for an unattainable blonde (comic goddess Anna Faris) who decides to clean up the filth of the mall by any means necessary, while also defending a young, put-upon woman from exploitative management scum. So we pretty much have Taxi Driver as a screwball comedy, with the added glistening layer of pharmacology that operates in symbiosis with mental illness. Also, it may have the funniest use of heroin I've yet seen in a film.

Regarding this film's more transgressive moments, I have this to say: Observe and Report does not endorse date rape any more than it endorses going off one's prescription medications or beating up children. It's a messed-up film that depicts messed-up behavior, and it's rightly R-rated. It's also a fascinating portrait/indictment of our national fascination with the 'loner who does good' archetype, because Ronnie Barnhardt is emotionally disturbed, and his actions are disturbed. Does the end justify the means? Certainly not, but like Taxi Driver, society seems to think so if all loose ends get tidied up. So where are this film's arrows targeted?

Hill's last film was the near-unwatchable The Foot Fist Way. But in the interim, he and his North Carolina associates have upped their game, giving us the exceptional HBO series Eastbound and Down. And now, with Observe and Report, he's given us the first great major motion picture of 2009. Acerbic, open-hearted, deeply troubled, and walking a fine line between madness and glory, if it starred Nicole Kidman or Bryce Dallas Howard, it could beautifully conclude Lars Von Trier's USA Trilogy. Your friends who'll hate it aren't really your friends.
Posted by INTERFACE 2037 at 18:53 No comments:

At the movies: Adventureland.

After his parents’ financial crisis hits right as he’s graduating High School, James Brennan (Jesse Eisenberg) has to get a summer job at Adventureland, Pittsburgh’s sketchiest theme park and the . Along the way, he’ll find true love, experience several different kinds of betrayals, and learn why no one can ever truly win a giant stuffed panda at the ring toss game. It’s a sweet and melancholy grand slam for director Greg Mottola, who last made Superbad. That pedigree is promising enough, but that doesn’t get at the real emotional complexity here. Eisenberg, who was absolutely devastating in The Squid and The Whale, carries off the material perfectly, and when you add in Twilight’s Kristen Stewart as the female lead, showing that she can be one of the most dynamic and alive of today’s young actresses, you’ve got a comedy that works like a drama (or vice versa, if you prefer). The little details are spot-on, and it recreates 1987 in a believable and disarming way. Adventureland deserves to be spoken of in the same breath as Fast Times at Ridgemont High or The Last American Virgin; dark and brutal comedies about the hormone-drenched humiliations and pop music-fuelled joys of youth. Nobody always makes the right choice every time, and it’s rewarding to see a film where even the supporting players feel real. If you’ve toiled at a crappy job because you had to, this is a movie for you.
Posted by INTERFACE 2037 at 21:45 No comments: