At the movies: Come True.

One of the best horror films of 2021, and I got real weird with it. Also, and let's be honest (nobody reads this), this may be my last thing for the AV Club because, well, use your search engine of choice...
Posted by INTERFACE 2037 at 16:31 No comments:

At the movies: Bruised. 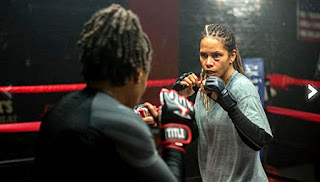 At the movies: Silent Night. 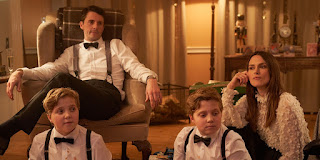 Sometimes, I get responses from the public that say "why do you like everything?" This is a fair question, but it's rooted in the fact that during the pandemic I was focused on what all was streaming and readily available, so I focused on things that I enjoyed and that I wanted to recommend. Which serves as a prelude to this review, for a film I really, really hated. Mesdames et messieurs et tous, Silent Night.
Posted by INTERFACE 2037 at 16:18 No comments: 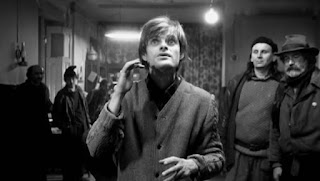 I got to take part in The AV Club's Best Films of 2001 poll, and got to write about two of my very favorite films. Perhaps you're intrigued... 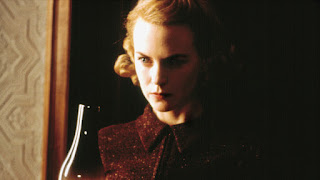 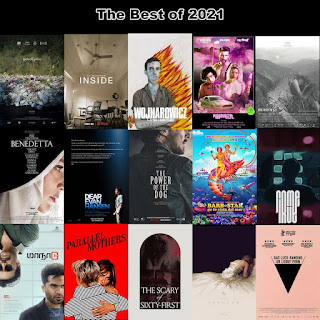 Every year, I gather together some of the most interesting voices in film criticism and  see what they have to say about the year in film. Check it out...

At the movies: Scream/5cream/Scream 5/The New One.

I have a lot of feelings about the new Scream. There's some great things, but a lot that doesn't quite fit. But since my exigeses on this blog can seem kinda skimpy, here's a few hottish and spoilery takes for the series that didn't make it into the final piece...

1) Like all gay men, I adore Laurie Metcalf. She is great, and her performance as Debbie Salt in Scream 2 is a vibrant injection of wild energy in a film that, by that point in its runtime, needed it. But the entire Debbie Salt concept is very Scooby-Doo-ish and even in 1997 I remember thinking, 'this is where we're going with the sequel?'

2) When fan favorite Randy gets killed in part 2, it hit me viscerally, and it pissed me the hell off. You don't take out an emotional throughline like that and then end your movie with a triumphant Collective Soul song. (Everybody knows the appropriate slasher movie capper Collective Soul song to end with is "Run.") The thing is, when 5cream makes a similar choice, it works better because the remaining characters can't really rally from that. They take on their objectives and they succeed, but the toll is so great that they just kind of fade into the background.

3) I miss Wes Craven more than you can possibly know. 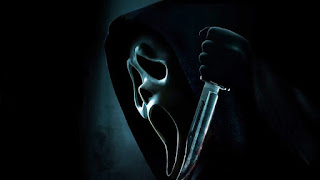